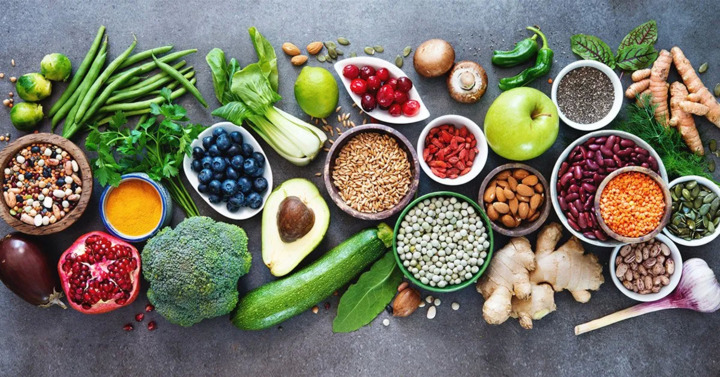 Did you know that you can actually eat your way to a healthier mouth? These foods for healthy teeth and gums will strengthen your teeth and prevent bad breath.

However, when we ingest unhealthy foods and don’t eat food for healthy teeth and gums, issues in our mouths develop. The bacteria multiply and the acids harm our teeth and gums, causing decay, cavities, and gum disease.

Most of us know that sugar and food particles create bacteria that turn to plaque, damages tooth enamel, and cause tooth decay and gum disease. But just as there are heart-healthy foods good for our body, there are foods that promote oral health. These following eight foods show some promise.

A study involving teens ages 12 to 15 reported that eating cheddar cheese can fight tooth decay. The sampling of 68 teens when tested were found to have less acid in their mouths than teens who ate sugar-free yogurt.

After eating the cheese, the participants rinsed out their mouths. The researchers tested the PH levels after the teens rinsed their mouths.

They discovered that the teens who ate cheddar cheese showed a dramatic drop in acid levels because the cheese neutralized the acid. Meanwhile, the teens who drank a glass of milk and ate yogurt showed no visible difference.

Sugar attracts bacteria to the surface of the tooth. Then it produces plaque on the tooth. You might think raisins are filled with sucrose, but they don’t contain artificial sugar. They only contain natural sweeteners.

Raisins also contain phytochemicals, a plant-based substance that fights pathogens and poisons. For this reason, raisins fight the growth of harmful bacteria in the mouth that causes plaque.

Similar to cheese, milk neutralizes the acid that forms in one’s mouth by plaque bacteria. But mixing milk with sugary foods won’t have the same effect. One must eat the food first and then drink a glass of milk for the milk to work.

Foods rich in phosphorous, including eggs, meats, and fish can protect the enamel on the teeth. As we previously mentioned cheese and milk, foods that contain calcium in them is another acid-fighting weapon.

Other food for healthy teeth and gums include almonds and leafy greens. All of these foods help put the minerals we need for dental health back in the crevices of our mouths.

Although tea can stain your teeth, it’s healthy for fighting bacteria that forms on the teeth. Specifically black and green teas.

The reason: they contain polyphenols, compounds that retard the growth of bacteria associated with gum disease and tooth decay.

In a study at the University of Illinois at Chicago, researchers discovered that when their subjects rinsed their mouths with black tea ten times a day for one minute, less plaque buildup formed on their teeth.

The tea also inhibited the plaque from clinging to other plaque. Additionally, the plaque on their teeth decreased in size. On the other hand, the participants who rinsed their mouths with water didn’t show a significant difference in teeth plaque.

Keep one thing in mind, though. Make sure the cranberry juice or product that you ingest is sugar-free. The fruit of the cranberry tends to taste tart. Because of this, the manufacturer may add sugar. Make sure to check the nutritional label for the ingredients.

7. Fruits and Vegetables that Crunch

Crunchy fruits and vegetables like cucumbers, carrot sticks, and raw broccoli and peppers are good for you. The practice of chewing fights the dental plaque that forms on your teeth and gums.

Next time you’re looking for something to munch on at a party, opt for an apple or the veggie platter. It’s better for your overall oral health.

Sugar is one of the top causes of dental problems. Bacteria in your mouth thrive off sugar-filled snacks. Bacteria loves sucrose. The harmful artificial sugar speeds up the growth of bacteria. The result: dental decay, cavities, and gum disease.

While it’s difficult to eliminate sugar from our diets completely, it’s good to keep sugar ingestion to a minimum. If you have to eat something with sugar in it, rinse it with a glass of milk or mouthful of cheese and brush and floss right away.

When buying snacks for your family, look out for other ingredients that contain sugars such as high fructose, molasses, and corn syrups. Or opt for sugarless gum in place with gum that contains sugar.

You don’t want the sugar to eat away the enamel on your teeth. And the act of chewing something sugar-free cleanses your mouth.

The Top 8 Food Healthy for Teeth and Gums

As you can see, just as there are foods good for the heart, blood, and brain, there is an array of food healthy for teeth and gums. Before picking up a sugar-filled snack, reach for healthy food. Your teeth and gums will thank you.

Looking for a highly qualified and friendly dentist in Wilmette, Illinois, or Chicago’s North Shore, contact us today and take advantage of our new patient special.

HOW IT WORKSNote: Mobile message and data rates from your cell phone carrier may apply.